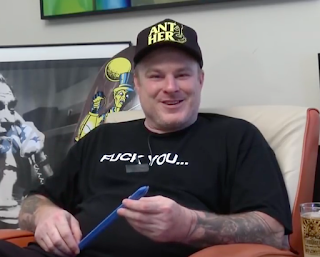 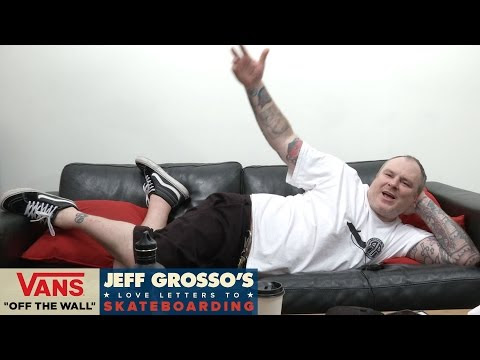 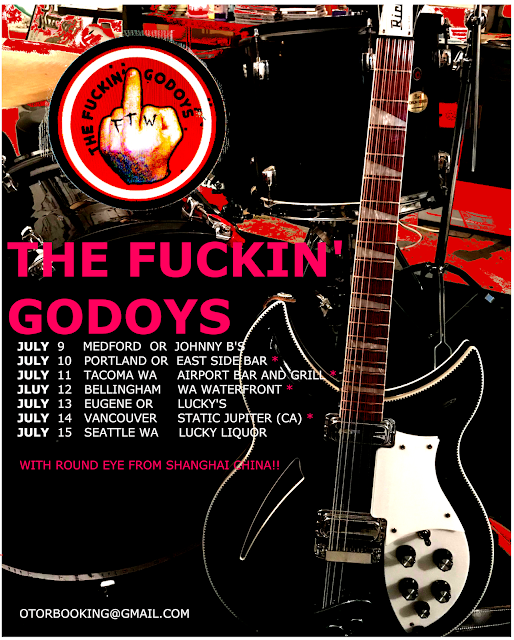 BE THERE... PLAYING BACK CATALOG INCLUDING EXPLODING FUCK DOLLS, DENIZ TEK, THE LAST OF THE BAD MEN SONGS AND FUCKIN GODOYS CLASSICS.

Posted by The Last of the Bad Men at 9:37 AM No comments:

THE FUCKIN' GODOYS ARE NOW BEING BOOKED THROUGH OTOR BOOKING!!

CONTACT MARK:  OTORBOOKING@GMAIL.COM TO BOOK THE FUCKIN' GODOYS
Posted by The Last of the Bad Men at 4:56 PM No comments:

Posted by The Last of the Bad Men at 4:53 PM No comments: 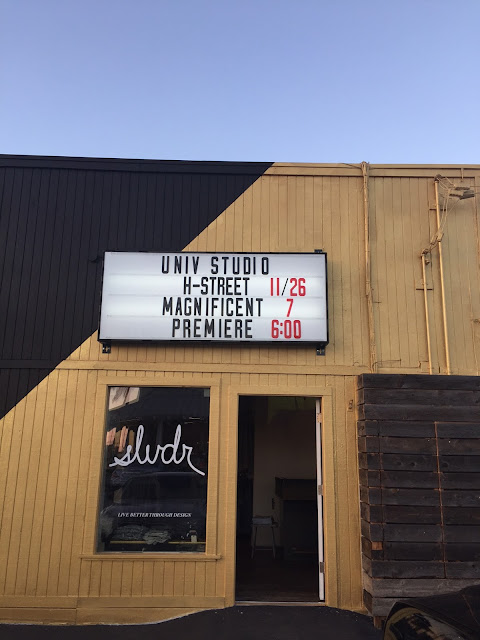 On November 26, Tony Magnusson held the H-Street soaree in  Encinitas to commemorate the release of the Magnificent 7 series of skateboards and the release of a few new shoe models from Osiris. For those who rode for H-Street and were involved in it's evolution, it was more than that.

H-Street was, in it's time, a ground breaking company who's rise and industry  take over seemed to happen overnight. The late 80's climate, in the industry was perfect for a new company like this, who showed what could be done with what you had in front of you.  Before it's rise, the magazines showed images of pros that were inaccessible and unapproachable due to egos or geographic location, pros who were doing tricks on the current terrain (half pipes) in California that most of the kids in the world could not and would never be able to do or travel to.  Not every city in the world, in those days, had a skatepark with a good vertical half pipe.. H-Street made skateboarding accessible. A kid could open a magazine and see a street skater in an H-Street ad, or pop in an H-Street video and realize that there was no need for a half pipe and that there was no need to admire pros who would not give you the time of day. The pros and riders on the team were the best, the most original and down to earth. They skated the streets because that's what they did. They were cool and approachable and accessible. 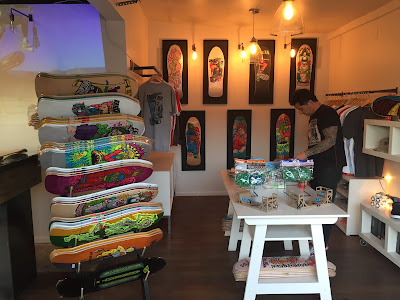 From our perspective, being directly involved in skateboarding as recognized professionals, we could see that for us to fit as pieces into this puzzle was going to be virtually impossible. This meant conforming to the hollow painted representation of what skateboarding was at the time, being put out there by the 3 main industry controllers.They controlled the magazines, the contests, the fashion… some innovation but mostly the fashion based mid to late 80's style that contaminated what WE and many others recognized as a naturally rebellious and aggressive way of life.

At the time Steve was riding for Circle-A and I was on H-Street, yet we BOTH contributed to the graphics which helped shape the direction the company would go, artistically. We remember ideas just coming to us, we'd draw, submit and the'd use.the images. or not.. other pros -  Danny Way, Elguera, Ron Allen and Schultes asked for graphics, Tony did too…

We had just come off a very unsatisfactory relationship with a company who's views were not consistent with ours and there wasn't any choice but to leave. I (Art) heard from Jason Jessee, that Tony Magnusson was starting a new board company, so i got out to California to see if there was any opportunity there.  A meeting was set up and as usual, not expecting any positive feedback, I went to meet Tony and Mike Ternasky. They told me the plan, told me who was on the team, what boards will be coming out and when… We skated Andy's ramp, this was sort of part 2 in the interview process… I did the best I could. I got the job! I couldn't imagine having to peddle a resume which would have been rejected by either the big 3 or any of the smaller companies who were trying to fit into the stereotypical image format of the time. So many virtual "no name name professionals" with no ability were being mass marketed to the kids by huge companies.. Huge undeserved royalty checks being paid out and profits made… if only you were able to suck the right dicks.


H'-Street accepted us.. Gave us all purpose and livelihood. So many years have passed so quickly that until that night, it was hard to find time to stop and realize what H-Street was and what it meant to all of us.

That night, in attendance were the magnificent 7, should have been the called magnificent 8; Tony Magnusson, Ron Allen, Matt Hensley, John Schultes, Elguera, Danny Way  and me and Steve.
We also saw Steve Ortega, Michael Crum, Cookie head, Alphonso Rawls… hung out with Daniel Cuervo and lots of other old associates. 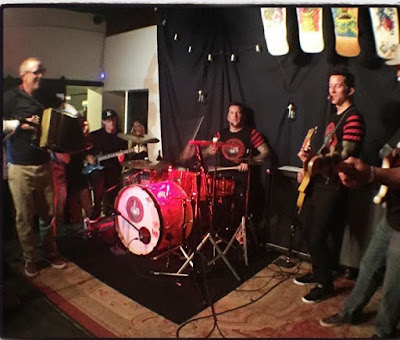 There was a museum of sorts, with rare boards, shirts and memorabilia, live music… the Fuckin Godoys killed, like we always do. Matt Hensley, Steve Ortega and Danny Way joined us on stage to play one song. There were speeches and finally a Cake…


ALL MAGNIFICENT 7 DECKS ARE AVAILABLE THROUGH H-STREET.COM

THE ART GODOY SHOE IS AVAILABLE THROUGH H-STREET.COM AND OSIRISSHOES.COM

Posted by The Last of the Bad Men at 1:38 AM No comments: